I am an avid Smallville fan. I really am. I have LOVED Smallville since season 1 and, although I can’t say I have seen every episode, I have seen the vast majority of them. The final episode aired on Friday. I have known it was coming since last season and thought the end was coming two years ago, but it was renewed for two more wonderful seasons for Smallville fans to get the BEST possible ending.
I started watching it last night and got the the part where Clark (Superman) and Lois were getting married. I had to shut it off because a) I was SO tired, and b) I was so emotional watching it (don’t judge, I have waited YEARS to see that…plus I’m pregnant!). I came home during lunch and watched a little more of it as I ate my soup (it was two hours long).

When I left everything was full of suspense, I wanted to stay and watch the rest, but I had to go back to work. I was also afraid the ending would not be what I had imagined it would be. I was afraid they would screw it up and I would forever be disappointed in Smallville instead of in love with the series. I even told Hubbin I was a little afraid to finish it because I knew some of what was going to happen from previews (plus I read Kryptonsite-see, a true crazy fan!). But I am oh, so glad I did! It was everything I had hoped for! Maybe even more! I am officially a forever-fan of Smallville. I am disappointed it ended, but it had to end. There was no way for it to continue with the story line and have it make sense with all we know of Superman.

On that note, I am glad I have found my Superman. The one I will believe in forever. 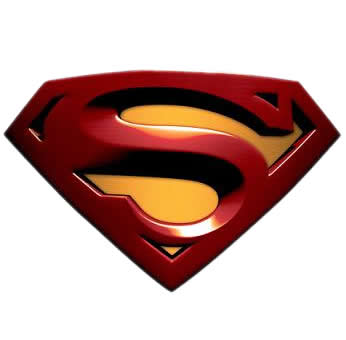